Psychedelic Daze Part Seven: "The Quick and the Dead"

Psychedelic Daze Part Seven:
"The Quick and the Dead"

by Don Robertson
This is Part 7 of my 12-part series on the San Francisco countercultural movement of 1965-1969 that created a revolution in music and culture. I was a part of that movement, recording my album Dawn for Mercury Records in San Francisco in 1969.

The Grateful Dead band was an integral part of the counterculture and  absolutely inseparable from it. They had a ‘crash pad’ house in the Haight District, and they participated in everything that was going on in the streets and at Golden Gate Park. They were an expression of "all is one." They often played for free, and they were usually high on LSD, from what I understand. Their music was an experiential event, and that was it. They had begun with the acid tests that I described in Part Two, and they didn’t stray from that format, nor were they tempted by the carrot dangled in front of them by the big record companies. In fact, the records that they made pretty much stunk, and their singing was often out of tune. They simply were an experience. Their philosophy, born out of the acid tests and the diggers, was never fully played out by any other group of musicians, and it led them to one of the most impressive careers in music, with a dedication among followers that was unique to them and their music.

My experience with The Grateful Dead was when percussionist Mickey Hart started coming to Shankar Ghosh's tabla classes in 1968. They were held in the frat house in Berkeley that I described in Part One. Mickey gave me a ride back to San Francisco now and then and we talked. He also invited Shankar Ghosh to concerts, and I went with him. We were invited to a big party in Novato, where everyone took off their clothes, but Shankar Ghosh wasn’t into that.

I realized right away by attending their concerts back in 1968 that they were playing music from both sides, the dark and the light: the opposite polarities of music that I would demonstrate the following year with the music and concept of my Dawn album that I recorded in San Francisco. In fact, my "BOMB!" recording of negative rock music for the Dawn album was recorded in their studio (Pacific High) with their recording engineer Dan Healy at the controls.

To become acquainted with this band, watch The Grateful Dead Movie:


The following is is a 1967 CBS broadcast about The Grateful Dead, featuring the band hanging out in the 710 Ashbury house in San Francisco:

This is a special filmed for TV: 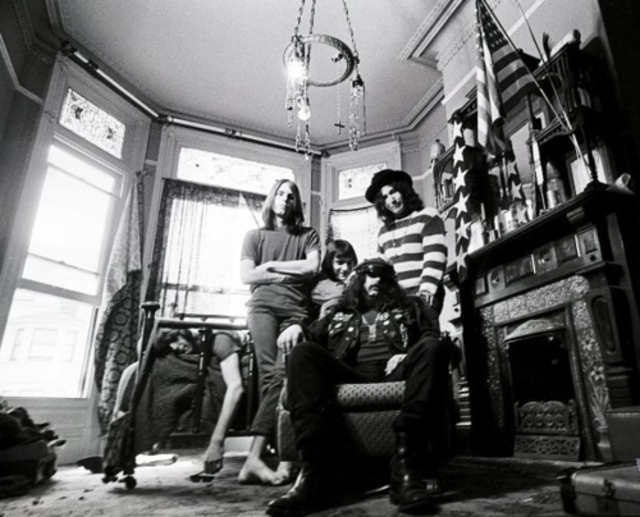 Front room of the Greatful Dead House - The crash-pad of crash-pads.
The Grateful Dead posing at the now-defunct Playland at the Beach, San Francisco on March 1, 1967: 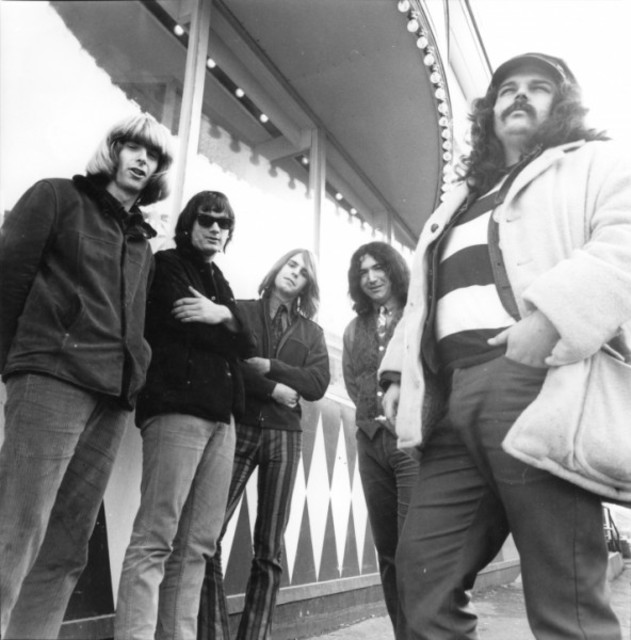 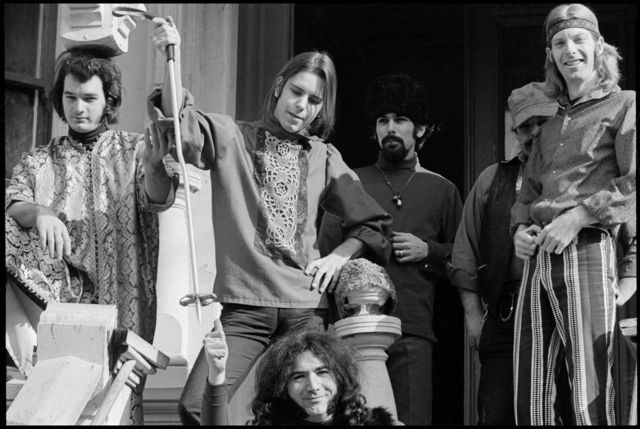 The Grateful Dead, by Linda McCartney

The Wall of Sound
The "Wall of Sound" was an enormous public address system designed specifically for the Grateful Dead's live performances by audio engineer Owsley Stanley. Used in 1974, the Wall of Sound fulfilled the band's desire for a distortion-free sound system that could also serve as its own monitoring system. The Wall of Sound was the largest concert sound system ever built at that time. 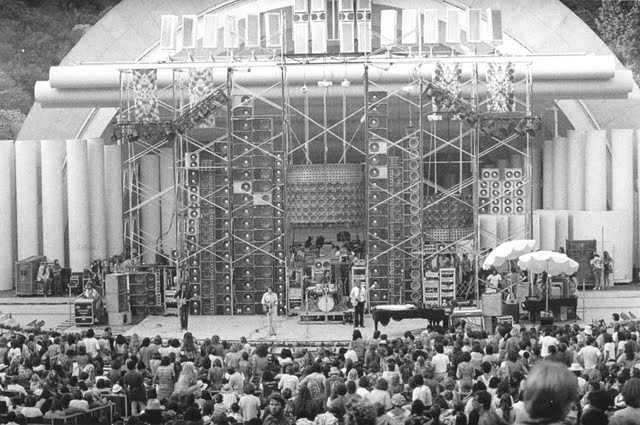 "The Dead" and their Wall of Sound 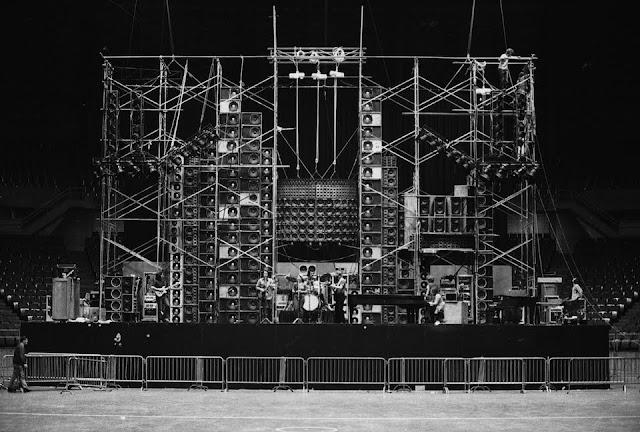 Members of the Grateful Dead and their Wall of Sound shot during sound check at P.N.E. Coliseum in Vancouver, British Columbia, May 17, 1974. Photo by Richard Pechner

Next in the Psychedelic Daze Series - Part Eight: "The Matrix and the Airplane"
Posted by Don Robertson at 11:02 AM No comments: