The Ostracism of the Tonal Composers (Part One) - Sibelius and Rachmaninoff

The Ostracism of the Tonal Composers - Part One

from the online book:

“Music Through the Centuries”
By Don Robertson
Published on www.DoveSong.com
Revised and Expanded–  2016

During the 20th Century, when what was called modern or contemporary music was officially launched by the infamous 1913 performances of Stravinsky’s Rite of Spring and Schönberg's Chamber Symphony, composers writing in the more traditional “romantic” style of the 19th century began to suffer the consequences of being branded out-of-date, and this seriously limited the amount of positive music that was being written for the concert halls, now increasingly filled with discords and confusion. 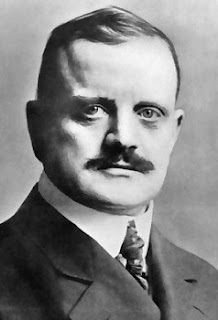 Jean Sibelius was born in Finland in 1865. By the 1890s, he had made his mark as a composer of orchestral music, his En Saga being completed in 1892 and Karelia Suite the following year. His first symphony was finished in 1899 and his famous Violin Concerto (one of the greatest ever written) came five years later.
Sibelius composed in a thoroughly romantic style, with lush chords and melodies. His music was filled with passion, and therefore, as the concert world turned more and more to the "modernity" the current fashion (music infused with stress, discordant and disjointed rhythm) it became increasingly difficult for the music of Sibelius to be accepted.
University professors in the theory and composition classes of major universities began falling more and more into the footsteps provided by Austrian composer Arnold Schönberg, adopting his intellectual theories and punishing with abuse those students who wrote in "outdated" musical styles. Music critics and other well-known personalities were also lured into the dark force of "modern" music. Sibelius's music was severely criticized, first by only a few critics, then finally by some of the most influential figures in European classical music.
The famous conductor René Leibowitz (1913-1972) called Sibelius the world’s worst composer. Nadia Boulanger, one of the most influential figures in 20th Century music, with whom most of the famous American twentieth century composers had studied (Elliot Carter, Aaron Copland, David Diamond, Cecil Effinger, Donald Erb, Irving Fine, Philip Glass, Andrew Imbrie, Roy Harris, Norman Lockwood, Daniel Pinkham, Elie Siegmeister, Walter Piston, and Virgil Thompson for starters) called Sibelius "a tragic case."
This kind of criticism effected Sibelius deeply.
“I have had to suffer a good deal for having persevered in composing symphonies at a time when practically all composers turned to other forms of expression,” he said.
Around mid-century, Sibelius stopped writing music altogether. By this time he had become a laughing stock among the "Musical Elite." However, in America his music had developed a wide popular appeal, a situation largely due to the fact that not only did the American public love his music, but he was tirelessly championed by Olin Downes, the music critic for the New York Times.
Sibelius was also loved by the public in England, where he was greeted favorably by the famous English critic and writer Ernest Newman, and in Germany, where he found public acceptance. Other central European countries, where Sibelius's music wasn't (and perhaps still isn't) performed, wanted little to do with him, though, and critics in these countries scoffed at stories about those silly American and English concert attendees.
Downes had a difficult job in America promoting Sibelius' music, however, as he was continually challenged by the machine called "The American Composers," most of whom had studied with Boulanger. Among them was Aaron Copland, considered one of America’s elite composers by the musical establishment, who in his 1941 book called Our New Music, wrote:

"The nonsense about Sibelius was due to the exaggerated commentaries of a handful of English and American critics [referring to Newman and Downes, mostly] who obscured the true picture of a late-19th-century composer who had nothing significant to say for 20th-century ears....The attempt to set Sibelius up as a great modern composer is certain to fail.”

Copland was well off the mark on that one, as Sibelius continues to move his way up the food chain of those who really were the great composers of the 20th Century. Personally, I consider Sibelius to be one of the five greatest composers of that century (with Scriabin, Ropartz, Ives and Durufle).

Sibelius had not adopted Schönberg's atonality, nor had he mimicked Stravinsky's disconnected rhythmic monstrosities, and therefore he was washed up as far as the music elite was concerned. Meanwhile, Copland was composing the most trivial of trinkets, such as his ballet Rodeo, for public consumption, side-by-side with his concession to modern music: more ‘serious’ works written in a discordant style such as his Piano Concerto, Connotations, and Inscape... compositions that are practically unknown today, but guaranteed to keep his fellow 'serious' composers happy, ensuring that his “Great 20th-Century Composer” status remained alive. But can any work of Copland's even come close to Sibelius’ Violin Concerto, or to his symphonies, works that have a spiritual potency that touches the soul?

Copland wasn't alone, however. Another American composer, Virgil Thomson, began tearing into Sibelius publicly during 1940, when Thomson became the music critic for the New York Herald Tribune. His first printed review was a scathing attack on Sibelius and his 2nd Symphony. He branded Sibelius a “provincial composer beyond description” and derided his music’s popular appeal. Another composer, Russian composer Nicholas Nabokov, called Sibelius’s symphonies “antediluvian monstrosities.” Musicologist Paul Henry Lang, professor at Columbia University, author of the 1,107-page Music in Western Civilization and successor to Thomson at the Tribune, was astounded by the popularity of Sibelius’s music in America and wrote that the good points in the composer’s favor were offset by the “obesity…turgidity, and redundancy” in his music, where the melodies were too long and drawn out. Famous American critic Harold C. Schonberg, in his book The Lives of the Great Composers labeled Sibelius "simply a minor composer."
Music that expressed beauty and love, such as Sibelius’s, was an anachronism during the period of 20th-century “modernity,” and critics referred to it as being overly sentimental, boring, and bad. Meanwhile, the American and English public preferred the music of Sibelius over that of the modern intellectuals such as Webern, Schönberg, and Stravinsky, who are still to this day considered 20th century musical Gods. There was such a negative acceptance of Sibelius’ music by those in charge that the extremely sensitive composer found it more and more difficult to create new works, so much so that he was unable to give his last 8th symphony to the world, and destroyed it instead. Following this, his last decades were musically silent.

Sibelius' Swan of Tuonela conducted by the NHK Symphony Orchestra 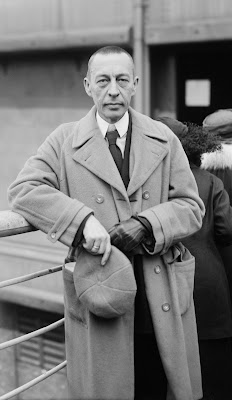 Russian composer Sergei Rachmaninoff had similar problems. He continued to write in the romantic-era style from his first to his last composition, carrying into nearly the middle of the 20th century a tradition that he had begun in the 19th. In 1927, Viktor Belyayev wrote in the Musical Quarterly:

“It was Rachmaninoff’s fate to live in the midst of this multitude of jostling and divergent currents in contemporary Russian music. In this concourse of circumstances we see the reason for the profoundest tragedy of his work – the tragedy of a great soul expressing itself in language and by methods which were antiquated, whereas under other conditions they would have harmonized with the times.”

There was always a continual torrent of abuse heaped on Rachmaninoff. Works such as his Second Piano Concerto, one of the most beautiful piano concertos ever written, were neglected and criticized and dismissed as “twaddle” because they were not composed using discords. One critic wrote that the second piano concerto was “the sort of thing that any pianist and orchestra could extemporize by the yard.” Yet no other composer during the entire century, with the exception of Sibelius, came close to composing a work that compares to this beautiful work, one of the widest-excepted works by any 20th-century composer.
In the 5th Edition of the sacred Grove’s Dictionary published in 1954 (THE standard music reference dictionary in the university libraries), Eric Bloom had this to say about Rachmaninoff:

Unwilling to embrace the discordant, nervous music that had taken over their musical world, and defeated by continual criticism, Sibelius and Rachmaninoff, along with English composer Edward Elgar, had by the 1920s curtailed composing music. Sibelius stopped abruptly after his gorgeous 1926 composition Tapiola and the 1928 Incidental Music to the Tempest; After revising his first piano concerto in 1917, Rachmaninoff wrote only six more works in the remaining 25 years of his life, and Elgar stopped writing after the Cello Concerto of 1919. Thus, three great composers, two who had composed two of the greatest concertos ever written, gave in to defeat, to watch silently as concert halls jangled with the discords and nervous energy of 20th-century music... music that came not from the heart, but as a reflection of the stress of life during the twentieth century.
In a plebiscite conducted in America, where people were asked which living composers were most likely to be performed a hundred years from then, Sibelius came in first, Richard Strauss second, and Rachmaninoff third.


Next in the Series is Part Two - Theodor Adorno

Posted by Don Robertson at 8:41 AM No comments: