If Plants Could Sing - Serenading the Marigolds (Part 2) - Resonance

If Plants Could Sing (Part 2)
by Don Robertson
“Their savage eyes turn’d to a modest gaze by the sweet power of music.”

If we were to take the plant experiments that I described in Part One seriously, the conclusion would be that music not only “hath charms to soothe the savage breast” (to state the famous quote (usually misquoted) from William Congreve’s The Mourning Bride), but could also have an opposite, deleterious effect. This is what I am going to explore: the amazing effect that music has not only on plants, but on everything…including us.
We already know that human beings are affected by music, that it can help raise our spirits, rejuvenate our bodies, and make us laugh or cry. Listening to music can trigger emotions that range from the greatest of sorrows to the most exalted ecstasy.
It is for this reason that the motion picture and television industries have invested so much money in providing background music for films, shows and commercials. It’s not for our entertainment. It's to heighten the physical and emotional response to what is being viewed on the screen. These industries know that while our attention is riveted on the action, the music is working on our emotions. Richard Wagner realized this back in the 19th century and with this in mind, he transformed the art of opera into music drama.
Have you ever turned the sound off on your TV during a really intense action scene, where the music is moving at a fast and furious pace, or in a really creepy horror film, where the music alone is enough to fully frighten a person, and then noticed how much less you react to the action on the screen?
Background and soundtrack music is very powerful. Many people have become so "used to" the music that forms a backdrop for their lives that sometimes they are not even aware of it. But the subconscious mind is always aware of it…all of the time.
Many people today bathe in a continual sea of electronic music that plays in the background (electronic music being any music that is produced by speakers or earphones). Music accompanies us while we shop, while we drive, while we study, while we eat and sleep... music is playing when we ride an elevator or wait for a robot person to answer the phone at "customer service." I have met people who never turn off their TV sets. They have told me that the relative quiet would drive them insane!
Many years ago I discovered the power of music, and I have worked with that power since that time to produce healthful, healing, and spiritually uplifting effects. I know that this is real.
When I was playing an 80-string zither tuned to the most harmonious of all musical scales, the pentatonic scale, I created music that produced amazing results. One time I put a whole barnyard of animals to sleep, chickens, horses, cows, pigs, birds, simply by performing a beautiful 20-minute improvisation on my zither. There was another time when I put a whole nursery full of hyperactive preschoolers to sleep by just playing the piano.

Some may ask “How is that possible?” I will start with a simple scientific phenomena called resonance.

Resonance
Resonance is the process known to science where energy from one system is transferred to another. In the case of music and sound, when a note is sung or played, the sound waves extend outward, like ripples in a pool of water after a stone has been thrown in. Everything in the radius of the waves of sound resonates with that sound according to the thickness of the matter, and how much in harmony the matter is with that note and its inner notes (called overtones).

When things resonate, they are have a harmonic equivalence. Harmony is the principal of the Universe that maintains balance and cohesiveness. When we achieve perfect harmony in music, we align ourselves with the movements of the stars and the atoms. 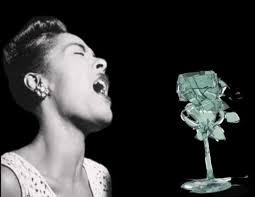 We have all heard about the opera singers who can shatter a crystal goblet simply by singing a note. The Italian singers Enrico Caruso and Beniamino Gigli were supposed to have accomplished that feat. How did they do it? They first tapped the glass with a spoon to determine the note that it produced, and then they sang the same note with perfect precision, causing the glass to resonate. If a singer can cause it to resonate like this while increasing the volume of his or her voice, the glass will eventually shatter. This is why soldiers are told to break step when crossing bridges. There are all kinds of projects one could delve into to investigate the relationship of sound and matter further. By means of sound alone, geometrical figures have been created in sand and water. YouTube is filled with information about these things.
One way to demonstrate musical resonance can be accomplished with an acoustic piano. Pianos have little damper arms lined with a soft material that press against each string. 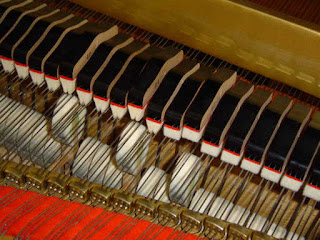 When you press a key on a piano, a hammer strikes the string. The right pedal on a piano is called the sustain pedal. When you press that pedal, all the dampers are pulled away from the strings. In this state, none of the strings on the piano are muted. With the strings unmuted, sing a note into the piano, where the strings are. If you sing a note that is the same as any of the notes that the piano strings are tuned to, the strings that correspond to that note will resonate. When you stop, the sound continues from the strings while you hold the sustain pedal down, then slowly the sound dies away. In fact, more than one set of strings (notes) will sound in response to the overtones of the note that you sang.
We are able to see that sound vibrations are powerful because of this obvious effect on other matter. The sounds, arranged to make music, effect us all…

We can see from our examples of resonance that sounds are waves, vibrations, or “vibes.” What is the nature of these sound waves? In the fifth century, the Greek philosopher Democritus stated the following: “Sweetness and bitterness, cold and warm, and all of the colors exist only in the mind and not in reality.” It has taken many years for scientists to realize that what Democritus was saying was true. Everything is really only the manifestation of waves of energy: matter, color, light, sound, air. We have waves of electricity, radio waves, x-rays... these we already knew about, but did you know that the big rock out in your garden was just another wave phenomenon?
Sound is produced when atoms (the particles of matter) are set into motion and create a vibration which instigates a chain reaction among the atoms that surround them, thus creating waves of energy. These waves circle outward, like the ripples that spread in a pond of water after a rock has been dropped into it. All phenomena are produced this way, not just sound: light, heat, taste, smell, electricity, radio signals, x-rays, magnetism and all of the different kinds of radiation and rays. What differentiates one from another is the speed of the vibrating atom. This was what Democritus was saying, and this is what the Hindu texts speak of when they refer to maya: the illusion that is this world. The experience of the outer world reaches us through our five senses: waves of energy vibrating at a particular frequency, then decoded by our brain.
The ancients knew about atomic vibration.They wrote that the elements of atoms themselves, the electrons, were actually vibrating particles spinning around the atom’s nucleus in the same manner that our planet Earth orbits the sun. Additionally, they knew that each electron spins upon an axis of its own, like our planet. But this knowledge was too advanced for the common man to understand, and so it remained veiled in the background. 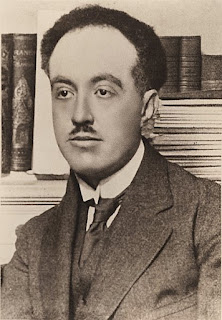 During the year 1925, however, a scientist named Louis Victor Pierre Raymond duc de Broglie announced this fact to the scientific community. Electrons, he said, had the same characteristics as sound, replete with overtones. No wonder plants, animals, humans, as well as pure physical phenomena such as a wine goblet or the strings of a piano, react to sound vibrations!
At first he was laughed at, but soon, the scientific community began to take what de Broglie was saying seriously. After all, the great mathematical genius, Gottfried Wilhelm Leibniz, had written many years before: “I am able to prove that not only light, color, sound, heat, and the like, but also motion and shapes are mere apparent qualities.”
There is an old riddle that says “If a tree falls in the forest and no one is present to hear it fall, does it make a sound?” The answer is yes, because the vibrations of sound are always produced when the tree falls.
Realizing that everything is vibratory in its essence, and that musical sounds are vibrations that cause effects within their radiating distance might bring about some startling realizations when one gives all of this some thought!
© 2005, 2016 by Don Robertson
Posted by Don Robertson at 10:44 AM No comments: