The Ostracism of the Tonal Composers (Part Two) - Theodor Adorno

The Ostracism of the Tonal Composers - Part Two

from the online book:

“Music Through the Centuries”
By Don Robertson
Published on www.DoveSong.com
Revised and Expanded–  2016

This is Part Two of a multi-part series exploring how the new style of classical music that arose during the 20th century - music composed with non-harmonious discords that had never been used before - became prevalent in the new classical music of Europe and America. Composers who continued to write music based on the tradition of harmonious music from the previous century began to be blacklisted for the most part.
In Part One, I showed how during the 20th century the music of two men who today are considered to be master composers, Sibelius and Rachmaninoff, were ridiculed by writers, critics, conductors and several American composers because they continued to create music in the traditional manner, employing concordant harmonies as their musical basis, rather than discords. In this article I discuss how Western composers and musicians were influenced by an intellectual philosophy that demanded the acceptance of discordant music as the new norm.

The Intellectuals
This musical misdirection in the 20th Century was spearheaded by intellectuals such as philosopher and sociologist Theodor W. Adorno. Adorno hated Sibelius' music. He wrote that the great Finnish composer should be lumped in with "the other amateurs who were too frightened to study composition theory."
In addition to his writing and philosophizing, Adorno composed his own discordant music based on the theories of the Austrian composer Arnold Schönberg whom Adorno idolized because he had "stripped music of its crutches”... the "conventions" that had been inherited from past music. Pierre Boulez, who is another discordant composer, liked to call this "the stripping away of the accumulated dirt." Of course this "dirt" was the harmonic framework of all great music from all of the world's great music traditions. These pronouncements represented the abnegation of sacred reality, of nature, and humanity itself. 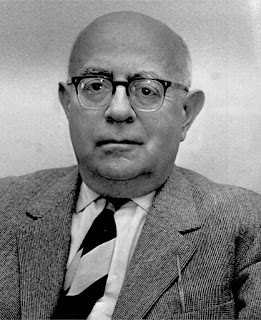 Adorno wrote that music, because of the way in which it was composed, affected consciousness, and was being used as a way of “social management and control.” Adorno’s argument was that the listener could only attain true “consciousness” by listening to Schönberg’s discordant music. Why? Because, Adorno stated, the listener had to use his or her intellect to truly understand music, and Schönberg’s music instigated critical reasoning in the listener. By listening to this music that contained “all the darkness and guilt of the world,” the listener attained “true consciousness.”
Thus, the intellectuals came forth in the 20th Century to define “true consciousness” as that which one attained through an intellectual comprehension of music. This is exactly the opposite of attaining consciousness through transcending the the limiting mental process while attuning oneself with the higher emotions expressed in music by masters such as Beethoven, Franck and Wagner.

Adorno Trashes Popular Music
Adorno called popular and folk music "predictable music." He felt that the sense of critical hearing in listeners who liked predictable music would regress in the same manner that one’s sense of taste would regress by eating fast food and diet colas, an argument that completely eliminates the emotional and spiritual effects of popular music.
During the 20th century, this argument became fodder for music intellectuals who wanted to sell people on atonal and serial music. Intellectually, the argument was appealing: If one listens to predictable pop music all the time, one will never develop a taste for classical music, this argument says. But emotionally, this does not make sense, as powerful feelings can be aroused by those “musical clichés” that Adorno and his intellectual comrades abhorred. Those feelings can also be aroused by listening to classical music, especially music from the romantic era of classical music that spanned the 19th century, music that Adorno also abhorred.
Adorno's argument says that in order to attain true consciousness, people should turn off popular music and turn on the discords, studying the twelve-tone rows and 'sets' and all of the intellectual theoretical rubbish that fills 20th-century music theory textbooks and theses. What a load of real "dirt" this is!
Realistically? I would say that either in the case of food or music, it is not the awareness of the common foods or common music that dulls and makes unreachable the deeper tastes. People reach higher levels on the "food and music chain" when they are ready for it.
It is the absence of awareness, training, understanding and acquaintance with the deeper tastes of any art, be it food, architecture, poetry, music or painting, that has prevented many people today from even being introduced to the truly great masterworks of the classical traditions. Additionally, most children are raised in an environment where the classical arts are either ignored or pronounced "high bow," and corporate-controlled radio and television rules the roost. Meanwhile, public education provides very little value for the most part. Of course, the shift to discordant music and negative art during the 20th century has lent a hand in the un-popularizing process.
Adorno considered listening with our emotions as an abdication of reason. “Popular music is objectively untrue and helps to maim the consciousness of those exposed to it,” Adorno wrote in 1976. This kind of intellectual garbage was that which empowered much of the thinking that took place in the music departments of our universities, turning them into think tanks that lacked any real spirit of music.
Adorno further wrote that music “sets up a system of conditioned reflexes in its victim.” He is referring to, of course, what he calls the “wrong” kind of music, such as popular music, and music by such romantic composers as Tchaikovsky and Rachmaninoff. He felt this music was used to control society by causing conformism. What Adorno failed to understand was that when listening to romantic music, profound feelings can be invoked, and it is the positive feelings of love, joy and peace that are pathways on the road to true consciousness!
Conformism has nothing to do with the outer world of man, and all to do with the inner. No matter what is going on without, it is the inner acquiescence to anything exterior (from casual comments by others to full out-and-out brainwashing) that is the essence of conformism. People are already conformists, having been raised and bred, schooled, and set on the "acceptable" paths proposed by "society." Listening to popular and romantic music does not breed conformism. If anything, it can help liberate the listener by allowing him or her to better understand their own feelings, thus supporting the work of the true, nameless spiritual path.

For example, this song by singer Mariah Carey, called "Hero," appeals to the emotions with its strong communication of feeling, and to the mind with its message of inner strength. The song was the result of Carey's own guidance as she struggled to gain inner strength in a difficult period of her life.
Yes, we know that the corporate music industry sold Mariah Carey as just so much sex, but that is not what we are talking about here. In this song, she was able to encapsulate in an emotional way how she discovered the hero within herself, the hero that brought her triumphantly through her trials. I wonder how many thousands, if not millions, of people this song has helped and inspired. Personally, I recall a time over twenty years ago when driving alone in Virginia headed to a gospel concert, I listened to this song over and over, and just sobbed from the emotional impact that the song resonated within me during a time when I needed to find my own hero. Discords can never produce a result like this.
The thing about philosophy of any kind, including religious philosophy, is that it can help create a set of patterns in the intellect that become the ruling force in one’s life. But the true mission of philosophy must be the liberation of the individual spirit to think and feel for oneself, as all necessary answers are then within grasp. After one has reached a true state of self-awareness, philosophy and religious dogma are no longer as useful as a personal motivator; guidance and understanding are gained from intuition and true cognition.
Welcome to the 21st Century everybody! it is time to unleash ourselves from the poison darts of truly ignorant intellectuals such as Theodor Adorno, whose ideas have imprisoned composers of classical music for years and caused concert goers to flee the concert halls.
And by the way, as for the laughable theory proposed by writer John Coleman (and flooding the internet) that Theordor Adorno was the force behind the Beatles, writing all of their songs, this is quite simply disinformation of the highest rank.
In the next installment of "The Ostracism of the Tonal Composers" (in progress) I will discuss some of the great concordant works of music that managed to come out of the discordant classical music culture of the 20th century.